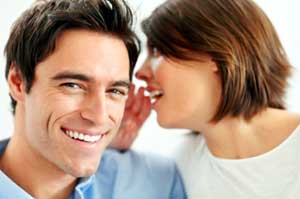 Guys, are you tired of being treated like a second class citizen when it comes to finding weight loss advice?

Did you know that in Canada there are more overweight men than overweight women?

It's true! In a recent Statistics Canada survey*, 23.9 percent of Canadian women were obese** and 24.3 percent of Canadian men were obese. Despite this statistic, obesity and weight gain/weight loss products are still marketed almost exclusively towards women. Men are almost never considered when Canadian weight loss companies plan their advertising campaigns. Here at MensWeightLoss.ca, we hope to change the imbalance and bring current weight loss news to Canadian men - after all, we need it more!

* The Canadian numbers are based on results of the Canadian Health Measures Survey.
** For men and women 20 years of age and older, obesity is determined by a body mass index (BMI) of 30.0 or higher.